My big bay, earned his name the day he was born, as you might imagine. Born to be a “show-off” some say, he made his debut on February 14, in front of an adoring group of immediate “fans”, who even toasted his long life with champagne. At four months, he proved himself to be a “quick-study” of his his mama: no obstacle too small. Each in turn jumped a 4’6” fence seeking to be reunited the very day he was weaned! Even today, that same quick mind shows up in training, and the determination shows up in the show ring.

Valentine’s dam is Sofia Car (a full sister to Quincy Car), but Valentine’s sire remained an unsolved mystery for years. (Yes, “this sort of thing” happens, even to experienced breeders, but THAT is another story.) Valentine had indeed been sired under cover of darkness one night, by a very able bodied colt, not yet two years of age. But… which one of the eligible three? All was not immediately forgiven, but his jumping prowess mandates the mystery be solved by DNA testing. Just as we expected: both dam and sire were descendants of the original horses my father
imported from France in 1988, hence…his jumping is in the genes.

Today, Valentine is still all of the above: a show-off, a barn favorite, a quick study, a legitimate heir, and even a bit of a celebrity since he consistently brings home the ribbons. Best of all, Valentine’s story is stilla work in progress. He’s right on schedule for full grand prix eligibility and careful, too, rarely bringing down a rail as long as we warm him up over something blue which looks like a water jump! He covers a lot of ground very quickly without being reckless, so time faults are rarely a problem, either. In short, I’m trusting him to go the distance, and take me with him.

I do not, but the coincidence of this horse’s barn name (Quincy) and his many similarities to my all-time favorite horse, Quincy Car, definitely caught my attention. Similar in name, conformation, color, size, style, and talent, I was immediately impressed. So impressed, I immediately re-named him, “Quincy, Too”, and he proudly wears both his new name and his new barn name, “Junior”.

First started over fences by David Jennings in South Carolina, “Junior” was a natural athlete, with one very remarkable trait: his hind end! It literally swings up and over each and every rail. THIS is something every rider wants, but very few ever find. Is this what has “caught the attention” of two of the world’s best show jumpers? Who knows for sure, but not having to worry about 2 of a horse’s 4 legs clearing the fence, it is a very good thing. And… if the horse is predictably “soundless” over fences, he may also be “priceless”.

A good story and a well-placed name are things that should never have any sway over a potential buyer, but … they do. I know people who decide to seal a deal based on one or both of these things. You can’t make up the story, but you can give the naming of a foal careful consideration. I failed to ask Calvin’s Danish owners about the name on his passport, Calvados, so I can only guess, but Calvados, is a region in Normandy, France, famous for two traditions: fine horses and fine apple brandy. The brandy is touted as noble, elegant and subtle, and the same descriptors fit our “Calvin”.

A photographer visiting 3H couldn’t resist taking Calvin’s photo, because she found him to be “The Hunk of the whole barn”. I wouldn’t personally know about such things, but I do know Calvin is a thing of beauty and a joy to ride. An absolute joy ! In his stall, he’s as easy-going as they come. He asks for nothing, but gives me everything I ask for.

A heavier build than what I’m accustomed to riding, Calvin consistently shows me he has all the power and scope to make it to “the top” (otherwise known as the 1.60m fences), but we’re not pushing him. He’s a peaceful sort of fellow, and never in a hurry. We want to make sure he can take that “peaceful personality” with him to the top, too, because it is a rare find in a very competitive sport.

Calvin’s story? It’s a good one: Spoken by those who knew him best: “He was an ugly baby, but we didn’t care once he showed what he could do as a yearling: jump right through a stall window simply because he wanted to…. and land without even so much as a scratch, and trot off without even missing a step! Now that’s a story every potential buyer wants to hear.

As an equine veterinarian, I would always caution a potential buyer about being swayed by names and stories as factors in the decision to purchase. From a rider’s personal experience, however, I would also say: a good story and a well-placed name can catch your attention just as much as anything else about the horse. A good story that indicates potential can serve as a reminder to believe in your horse on a dark day, just as much as a well placed name can remind you every day, to enjoy the horse (and maybe a good apple brandy!) 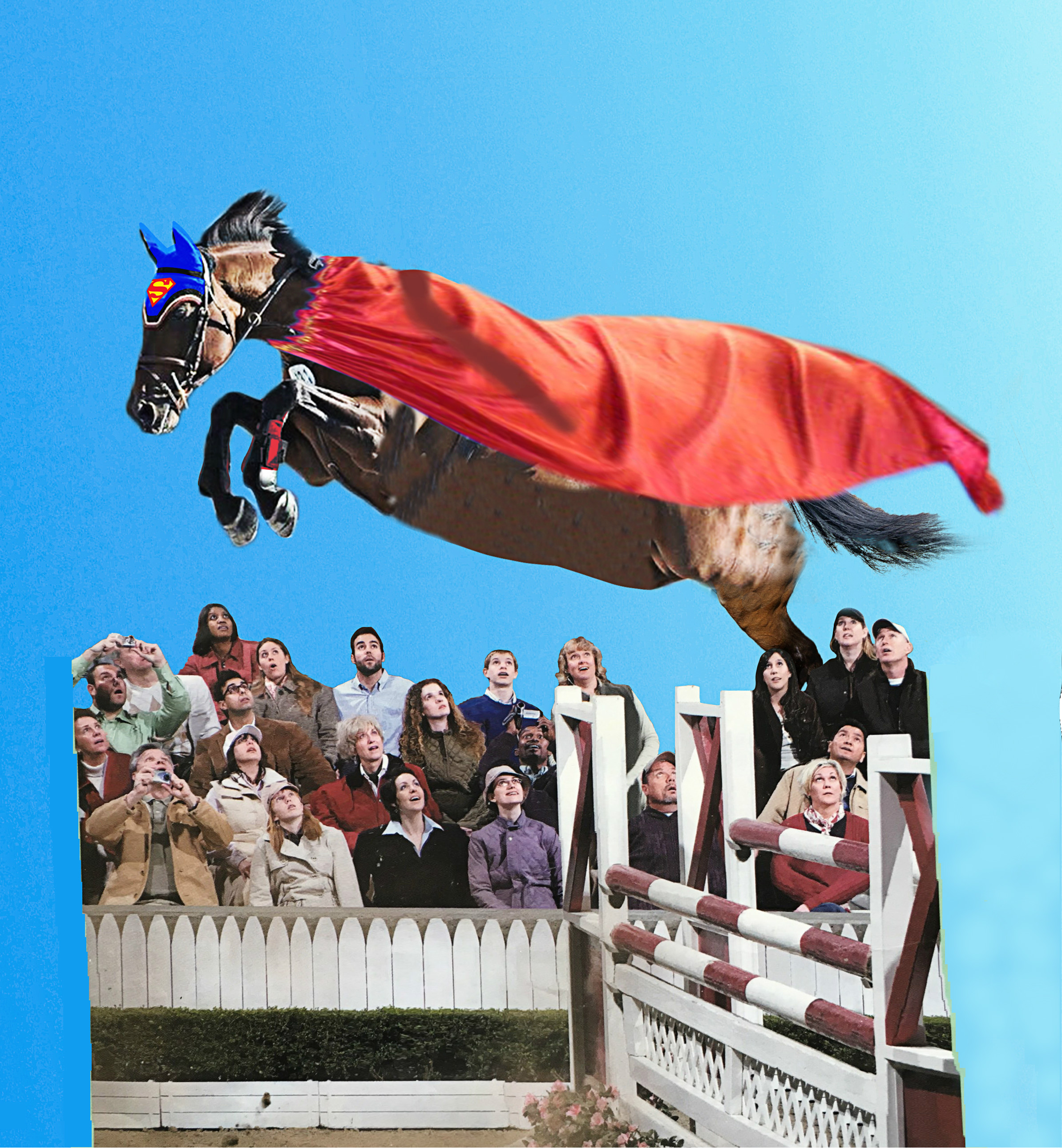 What can I say, except that Quincy Car is far “too large” to contain in a paragraph or two. Suffice it to say:

If a picture is worth a thousand words, then the following video is worth infinitely more: 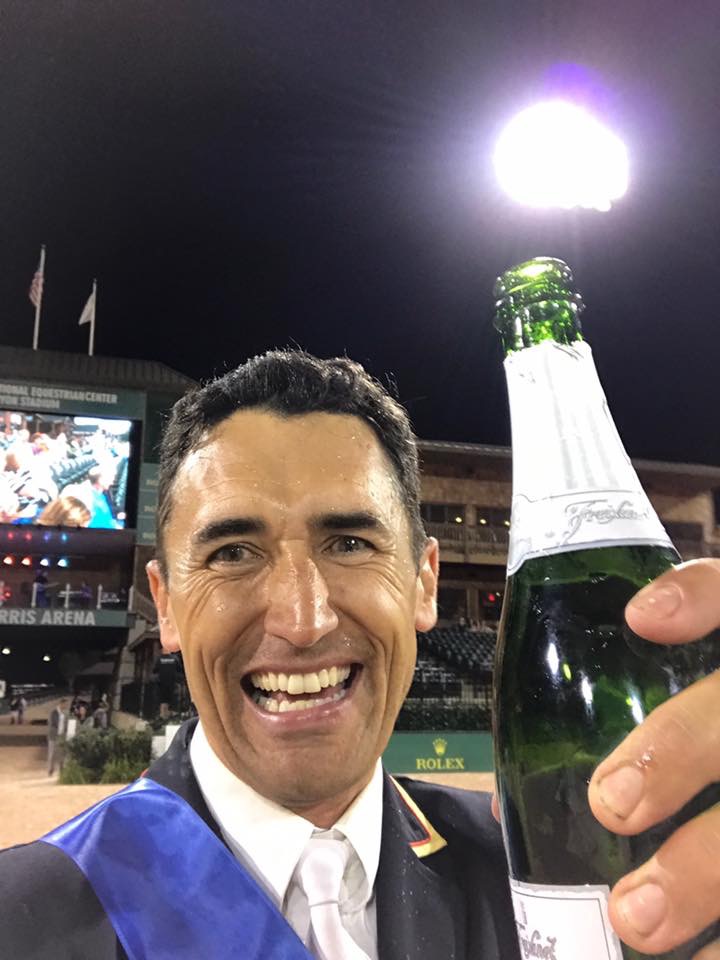 Brindo por mis caballos!
And to YOU,
my 3H Team. 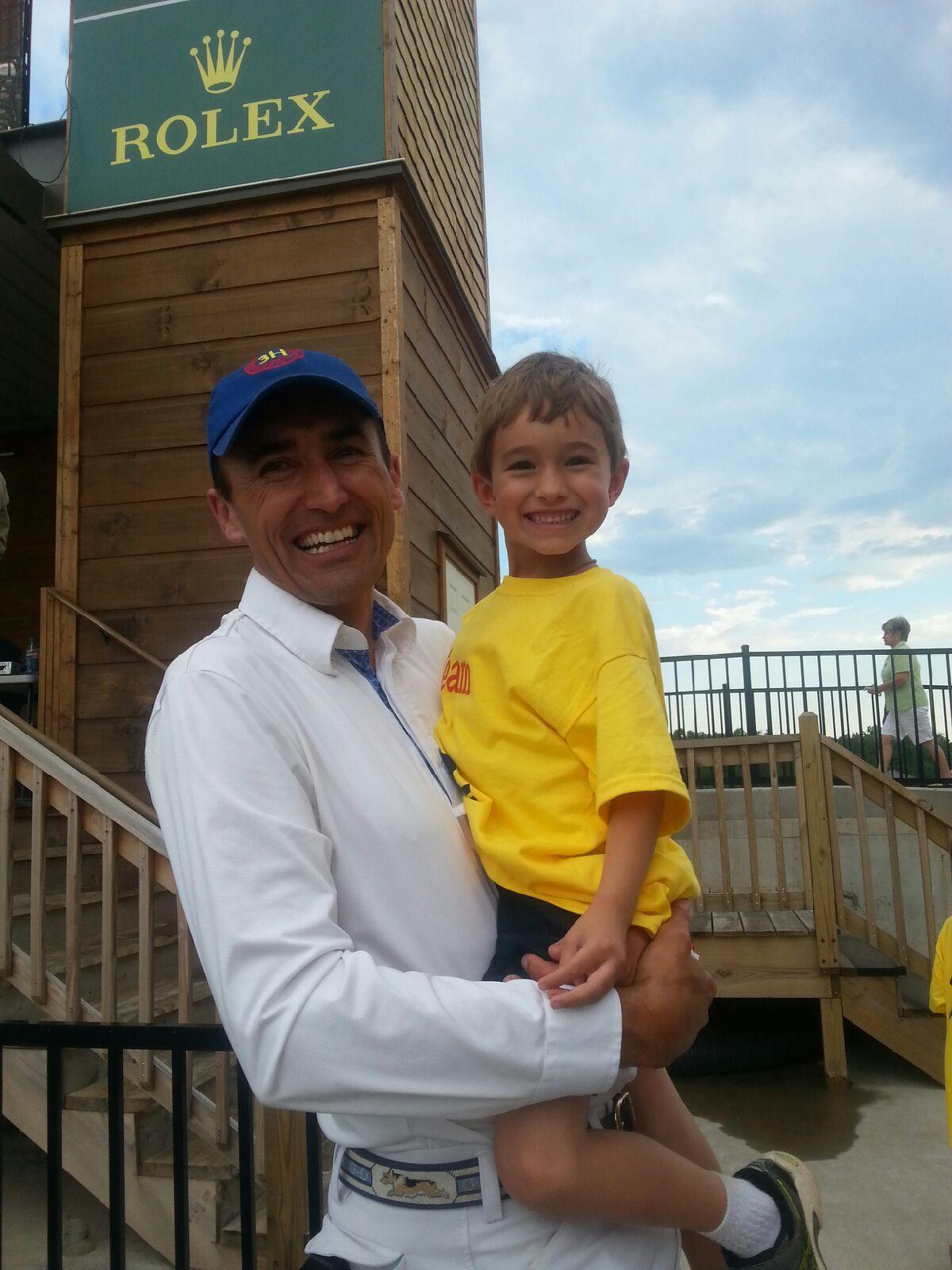 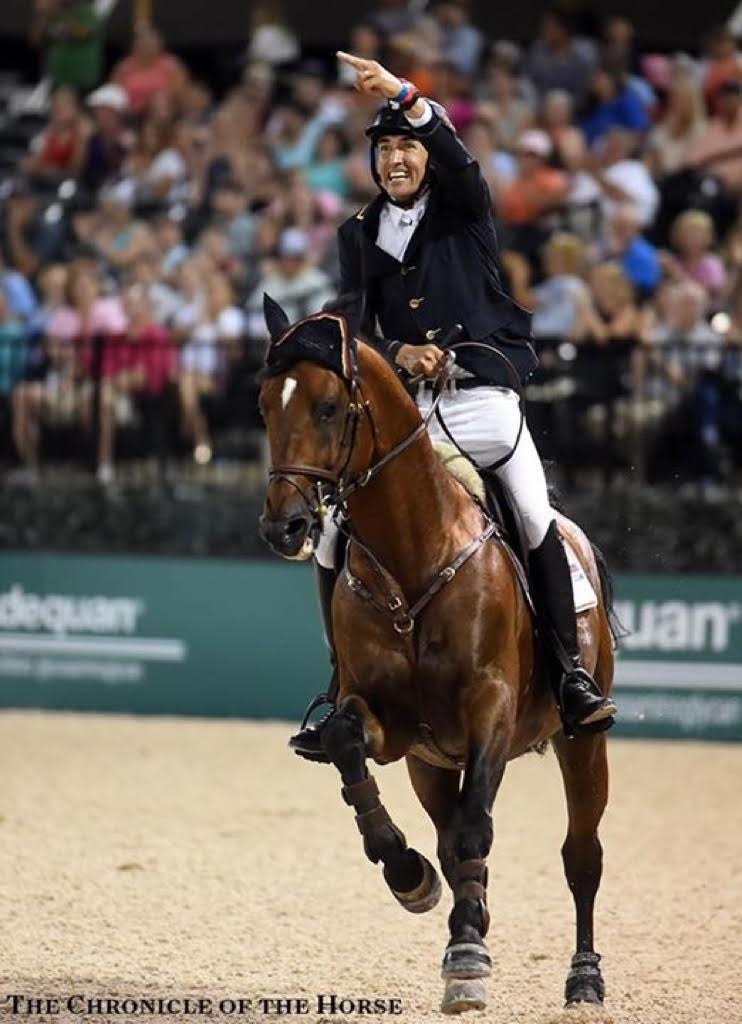 May YOUR dreams come true, too!